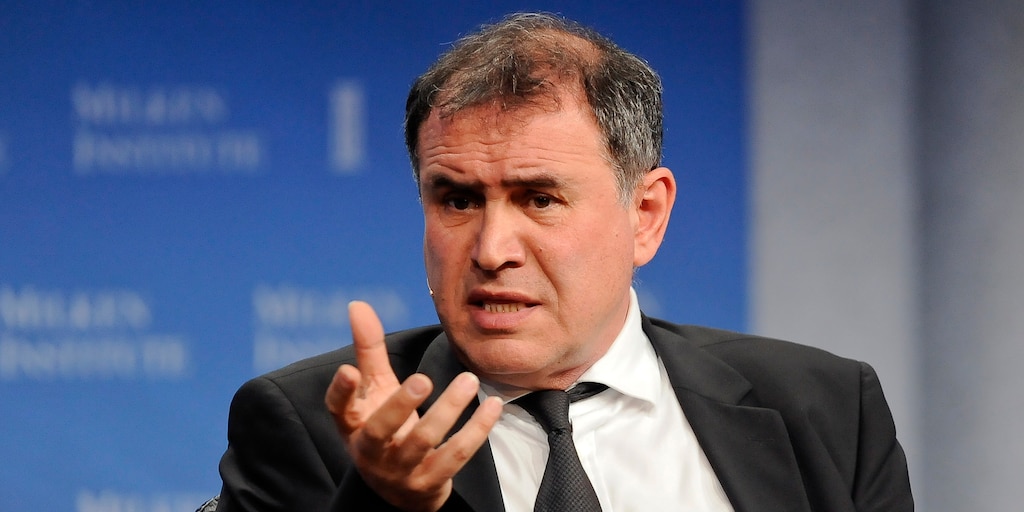 The novel coronavirus will devastate the global economy, and failure to rein it in risks a worse downturn than the Great Depression, economist Nouriel Roubini warned in a Project Syndicate column on Tuesday.

“The best economic outcome that anyone can hope for is a recession deeper than that following the 2008 financial crisis,” the professor at New York University’s Stern School of Business said.

Roubini, who is nicknamed “Dr. Doom” for his pessimistic predictions, argued the pandemic’s fallout in three weeks has surpassed the economic toll of the financial crisis and the Great Depression over three years.

The US stock market has plunged more than 20% into bear territory, Goldman Sachs estimates jobless claims spiked to a record 2.2 million last week, and a slew of major banks predict a US recession and a global downturn in the coming months.

Flash surveys of purchasing managers in France, Germany, the UK, and the eurozone suggest combined manufacturing and services activity plummeted to record lows this month.

“Not even during the Great Depression and World War II did the bulk of economic activity literally shut down, as it has in China, the United States, and Europe today,” Roubini said in the Project Syndicate column.

The best-case scenario is a return to growth in the fourth quarter of this year, the economist said.

However, Roubini cautioned that a rebound would require three things:

1. The hardest-hit countries must conduct mass testing for COVID-19, enforce quarantines, lock down their populations, and roll out antivirals and other therapies “on a massive scale.”

2. Central banks “must continue to throw the kitchen sink of unconventional measures at the crisis,” going beyond zero or negative interest rates and asset purchases to extending credit facilities to businesses of all sizes.

Read more: As energy experts come to grips with the ‘black swan’ coronavirus and plunging oil, 4 of them share their outlook for the struggling industry — and assess the economic fallout

Roubini warned that a swift recovery looks unlikely as public-health responses in the US and other countries have “fallen far short of what is needed,” and the stimulus package that Democratic and Republican senators are scuffling over is “neither large nor rapid enough.”

“The risk of a new Great Depression, worse than the original — a Greater Depression — is rising by the day,” he said in the Project Syndicate column.

The economist predicted that economies and markets will “continue their free fall” if coronavirus isn’t dealt with. He added that a recovery could stall this winter if the coronavirus mutates, therapies disappoint, government spending spikes inflation, or developing countries are unable to borrow enough in their own currencies.

“This trifecta of risks — uncontained pandemics, insufficient economic-policy arsenals, and geopolitical white swans — will be enough to tip the global economy into persistent depression and a runaway financial-market meltdown,” he said.

“After the 2008 crash, a forceful (though delayed) response pulled the global economy back from the abyss,” Roubini added. “We may not be so lucky this time.”

As the coronavirus triggers a global economic crisis, just how bad could it get? | Business| Economy and finance news from a German perspective...

What Is The Super Bowl’s Impact On The US Economy?

The money market where financial instruments with high liquidity and short-term maturities are traded will be open only from 10 am to 2...

Long before, schools were closed, employees ordered to work from home and the internet strained under the weight of Netflix binge-watching, connected...

After long hours and tough shifts a worldwide movement is showing health care workers their appreciation (ABC News) —They are going to work...

Morgan Stanley releases new forecast showing U.S. economy may drop as much as 38%

Already pessimistic, Morgan Stanley’s team of economists has an even grimmer forecast. ...

How fund giant Vanguard is misleading investors about a tax on...